When you’re constantly hearing about the many benefits of different buzz-worthy skincare ingredients, it’s hard not to want to use them all. (As a self-proclaimed beauty junkie, I know this feeling all too well!) While I definitely believe using a well-rounded combination of ingredients is the key to achieving great skin, certain combinations can do more harm than good when applied simultaneously.

Get Paid To
Do Simple Jobs
On Social Media

Keep reading to learn which skincare ingredients you’ll want to avoid using at the same time.

Vitamin C is one of skin care’s most popular antioxidants, but you’ll want to think twice before you start layering it with other potent skincare ingredients. One thing to be mindful of is that topical vitamin C can come in many different forms. While you’ll want to keep the following combinations in mind regardless of which type you’re using, I want to specifically call out L-ascorbic acid. L-ascorbic acid is used in lots of skincare products and is the pure form of vitamin C, meaning it’s bioavailable and doesn’t need to be converted by your skin before it can be used. This makes it a very potent ingredient but also means it carries a higher risk of irritation than other forms of vitamin C. It’s also notoriously unstable thanks to how easily it oxidizes.

As I mentioned, vitamin C is a popular antioxidant. When applied topically, it plays a key role in preventing oxidation, a process that contributes to skin aging. Benzoyl peroxide, on the other hand, is a powerful oxidant (this is how it kills acne-causing bacteria). This means that it can prematurely oxidize your vitamin C serum so that it gets “used up” before it has a chance to protect your skin from environmental aggressors, like UV light and air pollution.

In short, benzoyl peroxide will render your vitamin C serum ineffective, and you’ll be throwing money down the drain by applying them at the same time.

While vitamin C and retinol don’t interfere with each other chemically, I recommend people avoid using them at the same time because there’s a high possibility of irritation. This is especially true if you’re using L-ascorbic acid over other, gentler forms of vitamin C.

This doesn’t mean you can’t use both ingredients in the same routine, though. I always tell people to use their vitamin C serum in the morning because it helps protect the skin against free radical damage and to use retinol at night to help restore skin while it’s in repair mode.

Here are 5 things to look for in a vitamin C serum if you use retinol.

Vitamin C is an acidic compound (again, especially if you’re using L-ascorbic acid), and exfoliating acids like AHAs and BHAs work by lowering the pH of your skin to encourage dead skin cells to slough off. The combination of vitamin C and exfoliating acids can easily throw your skin’s natural pH levels out of whack, resulting in a compromised moisture barrier and irritation.

Again, I recommend people use vitamin C in the morning and exfoliating acids at night.

Benzoyl peroxide is a powerful oxidant that’s used to manage inflammatory acne. It’s an effective treatment because it’s able to actually target the bacteria that cause acne, but it’s also a very strong ingredient that’s known for causing lots of dryness and skin irritation if not used correctly.

Both retinol and benzoyl peroxide are known to cause dryness and irritation, so this alone is reason enough not to use them at the same time. But in addition, these two ingredients don’t play well together chemically.

Because of the way benzoyl peroxide molecules are structured, they really, really want electrons and will “steal” them from other molecules—including retinol. Compounds like retinol have lots of electrons, which makes them quite susceptible to oxidation. All this is a fancy way of saying that benzoyl peroxide can destabilize retinol and make it ineffective.

Note: There are certain pharmaceutical formulations of prescription retinoids like tretinoin that are designed to have stability against benzoyl peroxide. If you consult with a dermatologist and they recommend you use both, do so under their guidance.

Both salicylic acid (a BHA) and benzoyl peroxide are effective against acne, but using them at the same time can lead to excessively dry skin. Try using them on alternating nights instead for an equally effective anti-acne regimen!

Retinol is certainly a superstar ingredient in the world of preventative skin aging, but it’s incredibly biologically active. For this reason, I prefer that people use it on its own and let it do its thing. I recommend people use other active ingredients either on nights when they aren’t using retinol or in the morning.

Both retinol and exfoliating acids, like AHAs and BHAs, stimulate cell turnover in the skin, so using them at the same time is often too aggressive for most skin types. Using exfoliating acids in your routine can be a good way to manage dryness and flakiness from retinol, just make sure you’re using them on different nights.

Here’s the weekly routine I suggest most retinol-users work up to:

Applying these ingredients at the same time can cause irritation, especially if you’re using a more potent form of vitamin C such as L-ascorbic acid.

As I wrote about earlier, benzoyl peroxide is a powerful oxidant. This makes it a bad pairing for an ingredient like retinol, which oxidizes very easily and can become ineffective when combined with benzoyl peroxide.

I’ve already covered why exfoliating acids shouldn’t be combined with the following ingredients, but here’s a recap.

Both retinol and exfoliating acids stimulate cell turnover, so using them at the same time can send skin into overdrive and result in irritation.

Benzoyl peroxide is quite drying on its own, so combining it with another acne-fighting ingredient like salicylic acid (a BHA and also a drying ingredient) is a recipe for irritation.

Both exfoliating acids and vitamin C are quite acidic, so applying both at the same time can disrupt your skin’s natural pH levels leading to a damaged moisture barrier.

Let me start by saying that niacinamide has no known ingredient interactions and is gentle enough to be used in combination with just about anything. Niacinamide is showing up in a lot of skincare formulations because it’s really versatile (seriously, here are all the ways it can improve your skin) and is typically tolerated well by all skin types.

But here’s the catch. The highest percentage at which niacinamide has been studied for irritation is 10%, which was found to be a safe level. (Niacinamide can be effective at concentrations as low as 2%, proof that less isn’t always more when it comes to ingredient percentages.) I see companies including it in products at 15%, 20%, even 25%. This is more than your skin is meant to handle and can lead to irritation either on its own or when applied in combination with other ingredients.

Finally, be aware that if you’re using multiple products that contain niacinamide, you could be using an overall higher percentage than you think.

Note: Niacinamide pairs particularly well with retinol when used at 10% or less. It can even make it easier for your skin to tolerate a new retinol product! Learn more about how to start using retinol without getting side effects.

There’s a widely-held belief circulating on the internet and social media that niacinamide can’t be used at the same time as vitamin C, but there isn’t really any research to back this claim.

This belief seems to stem from a study published in 1963, which showed that vitamin C and niacinamide stuck together and combined into one molecule when they were in a bottle together. This is called “complexing” and sometimes makes the molecule inactive, but sometimes it doesn’t. Either way, there isn’t any definitive proof that this happens when these two ingredients are applied to the skin at the same time.

A Summary of Which Skincare Ingredients Not to Combine

Phew, I know that was a lot, so here’s a summary of skincare ingredients that shouldn’t be combined:

Next, read about how to use your serums in rotation to get a full spectrum of ingredients and benefits. 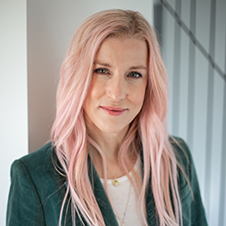 Celebrity Esthetician & Skincare Expert
As an esthetician trained in cosmetic chemistry, Renée Rouleau has spent 30 years researching skin, educating her audience, and building an award-winning line of products. Trusted by celebrities, editors, bloggers, and skincare obsessives around the globe, her vast real-world knowledge and constant research are why Marie Claire calls her “the most passionate skin practitioner we know.”

The Beginner’s Guide To Retinol & Retinoids: How To Prevent Dry, Flaky Side-Effects

How Often You Should Really Get a Facial, According to Your Skin Type

How to Pack the Perfect Travel Skincare Routine, No Matter Where You’re Going

Minimize Scarring: How to Care for a Facial Wound From Start to Finish

If You Have Acne, You Should Consider Yourself Lucky